Home > Calling on Canberra to invest in Brimbank

Calling on Canberra to invest in Brimbank

As the nation starts to gear up for the Federal Election, Brimbank City Council is looking for key commitments from the major parties for projects that will have fairness outcomes for Brimbank and real benefits for the West.

Council is clear on its advocacy priorities and has some big asks and expectations of Canberra; issues that are crucial to the local community.

At its February Council Meeting, Council confirmed a range of demands of the Federal Government to support local and state government efforts to build a better, stronger future for Brimbank.

It has set out its key advocacy priorities in the lead up to the election:

Council will continue to lobby hard for the community and is determined to ensure Brimbank’s election priorities are heard and addressed by the Federal Government.

“In the lead up to the federal election due in the coming months, we want to make sure that the Prime Minister has Brimbank on his mind and in his sights.

“Our community needs federal funding and support for a range of important issues, from upgrading Albion Station and fixing the Calder Freeway, to impacts associated with the Melbourne Airport Masterplan and Third Runway, and helping our young people build careers, and giving them a future by addressing climate change.

“This election is critical to the future of our City, so we are calling upon Prime Minister Morrison and all parties and candidates contesting the election, to pledge commitments to build Brimbank better together.

“Council has been working for years towards better outcomes across all these dimensions – in transport, health, environment and the economy. We’ve invested millions, and now we’re asking for the current and future Federal Government to come to the party and get these things done. We can’t do it alone, and our community deserves better than it has received from the Federal Government in the past.

“We’ve called on State and Federal Treasurers to contribute hundreds of millions in their upcoming budgets, and now, with an election coming, the focus is on the Feds to do their bit.” 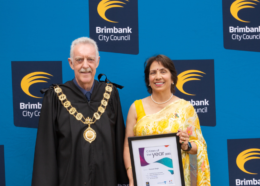 Meet our 2023 Citizen of the Year Award winner 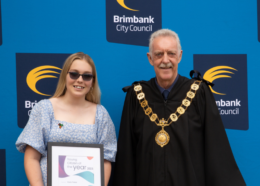 Meet our 2023 Young Citizen of the Year

Meet our 2023 Citizen of the Year Award winner

Meet our 2023 Young Citizen of the Year

Looking for an alternative to disposable/single-use party goods for an upcoming celebration?  Borrow one of our party kits!